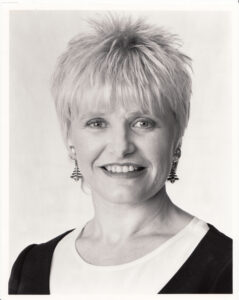 How did you first become involved with Leela, and what made you decide to support us?

I studied Asian history and art history at university, and everything about India immediately captured my attention – its cultural traditions, contributions in terms of philosophy and religion … I was smitten. I went on to become a psychologist and changed direction, but at the time, I was debated between becoming a lawyer – because I’m very good at arguing – or a professor of Asian history. Unfortunately, in my final year of university my father died, and it completely threw me off course. He was a larger than life human being, and I was devastated. I was hellbent on pursuing higher studies, but I couldn’t study after that, I left college and came to Los Angeles and became, of all things, a legal secretary.

Then a young man moved into the building I lived in and saw the shrine to my father that I had in my living room. He recommended the book “Primal Scream“, he said, “You need therapy”! I read the book and I was mesmerized. This was 1970, and I went on to take the primal therapy course. It became clear I had a gift for therapy. I went on to get my masters degree in psychology and had a career in it, did radio shows, etc. It was an interesting divergence, but I never lost my early love for Japan and India. The two cultures are so different – I’m Scandinavian so I can relate to the Japanese aesthetic sensibility, the minimalism, but I resonated with Indian philosophy. I had already started a philosophical pursuit of Indian thinking and  spiritualism, I was a member of the Vedanta Temple in Santa Barbara and I kept that as a great love, traveled there, studied tantra, followed Chopra, all of that, but kept it as a hobby, not a profession.

My father was a Danish immigrant, he came through Ellis Island and became very famous and successful as one of the first people to manufacture plastics. In 1947, he set up a foundation, in order to give something back to this great country that had given him so much. After he died, my brother and I very quickly had to begin running that foundation. It’s been 50 years, I’m 71 now and I’ve been involved in the Foundation since I was 21. I thank my father every day for providing us with a way of giving. I have had the great good fortune to be able to support the things that I’m passionate about – mostly the arts, but also Cedars, Planned Parenthood, and other organizations that I believe in strongly.

About 16 years ago, my husband became very ill. His physician was [Leela Board member] Swamy Venuturupalli. Swamy invited us to an Indian restaurant on Doheny Drive, with wonderful food. Rina [Mehta] was there with some of her young students. The students were doing a little performance, and it reactivated my love of all things Indian. I stayed in touch with Rina after that, and as one of the founding members of the Broad Stage, I was in a position to make a connection.

These things always take much longer than you hope they will, but when they heard the idea for SPEAK, there was no hesitation at all. Kathak is a bit esoteric, but in combination with tap it was a brilliant concept and connected with the staff at the Broad stage – right off the bat they said, We’ll do it. They had worked with Michelle Dorrance before, loved the combination, and the concept absolutely resonated. When I saw the performance at the Broad, I was utterly blown away. It was beyond what anyone could have imagined – I know a lot of fellow donors in the world of dance felt the same way. I felt very strongly that the Indian community really needs to get behind this work – to be honest I’m kind of disappointed in some friends who I brought to the show who have not gotten on board, but I keep working on them.

When there are so many urgent issues, like hunger and homelessness, many funders are moving away from giving to the arts. Why do you believe supporting art is vital, now?

This art form, especially the way Leela does it, is otherworldly, on another plane of existence. It’s so important to get it out there.

It’s usually the business men and the ones who don’t have much soul  who have a different perspective. We are a counterpart to that.

As a psychologist, I know that if you don’t feed a person’s soul, they will live a very unhappy life. I support a lot of classical music, opera, another incredible program at the Broad, a jazz and blues series … , if you don’t support the arts, you don’t show people your highest self.

I used to support a program that brought school children to the LA Opera, you’ve heard so many stories of a child who sees an opera or a ballet and says, I want to do that one day. If they don’t have that exposure to art, the world becomes so small and so unimaginative. The arts lift people when their spirits are low – or even if your spirits aren’t low, if you’re just going along – arts can lift you out of your daily experience and transport you to another dimension. As a human being who is participating in the world, art provides a sense of community, it’s so cohesive to the planet.