Preetha Nair is a physical therapist, and founder and director of Tri-City Physical Therapy’s Samasta Wellness Program, an all encompassing wellness program. Preetha and her husband Hari are proud parents of Namita and Vismaya, dedicated kathak students and members of Leela Youth Dance Company. 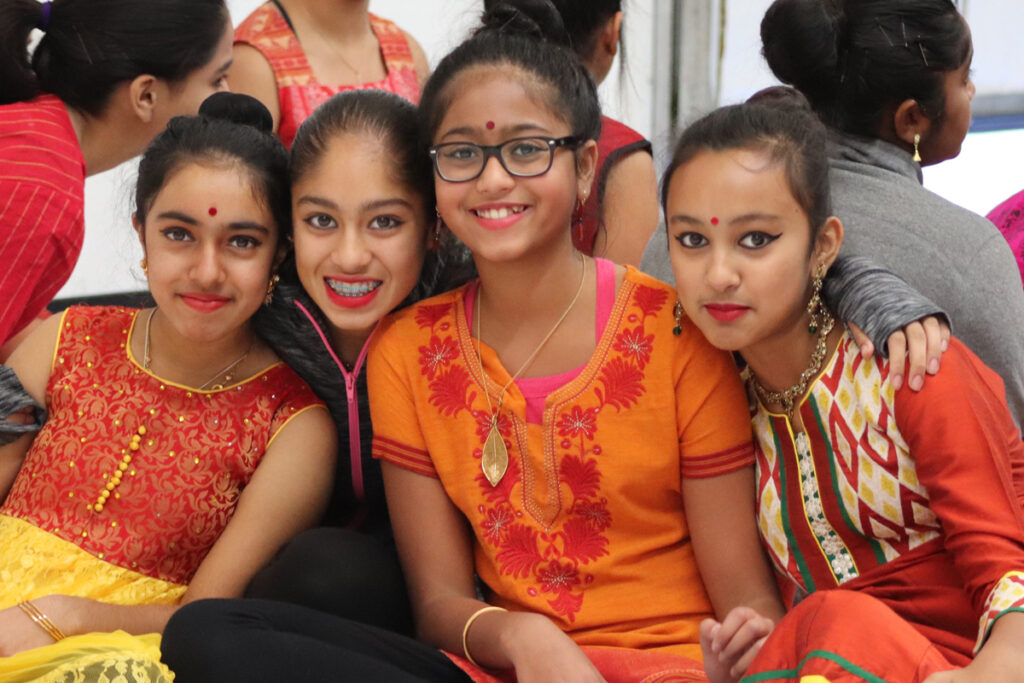 How did you first become involved with Chhandam, and what made you decide to support us?

Music has always been part of our life, and when our children were young my husband and I listened to a wide range of music – western, Indian, instrumental, anything we connected with and enjoyed. We always felt that there was so much pure, raw learning that happens with classical music, compared to film songs or other kinds of music, and we wanted our two daughters to be exposed to that. Neither of us is classically trained and always feel like we missed out on something big. I had a little training in bharatanatyam when I was young, but didn’t pursue it because the focus was on academic studies when I was growing up.

I grew up in Chennai, and I had a leaning towards carnatic music, bharatanatyam, and mohiniyattam. My husband grew up in Bombay and had a leaning towards hindustani music and kathak. We decided we should expose our daughters to all of these things and let them choose. We started with carnatic music when our older daughter was about 4 – she’s now almost 16. I took her to a couple of lessons but she couldn’t sit still. She’s very physical and has to be active, doing something, to be engaged. I wasn’t exposed to kathak growing up, I was leaning towards bharatanatyam but I wanted to find the right teacher – I didn’t want someone teaching in their garage as a hobby. I was looking for something very grounded and rooted in tradition, and I came across Chhandam’s website and was intrigued. I was first intrigued by the name Chhandam. In Malayalam, chhandam means beautiful, but in a very endearing way. It’s a word you would use to describe a baby’s beauty, very innocent, very pure. I was curious about how a north Indian dance school came to choose this name.

I met with Rachna [Nivas] and Darlene [Dhillon], who was then the teacher for the younger kids, and sat in on a class. The footwork was so physical, my daughter was so happy for the whole hour, I loved that I was learning new things, and I felt a connection. These women were so passionate about what they were doing, and so kind with the young children. I liked the emphasis they put on saying Namaskar, on having no distractions while they said Pranam. Kids aren’t usually exposed to that in the US, it’s all about being independent and doing things your own way, not that that’s bad, but there is a certain kind of grounding that happens when they’re exposed to this kind of discipline. The environment was great, and I felt this was what I was looking for. After that it was just natural to put our second daughter in classes, and she started on her fifth birthday. 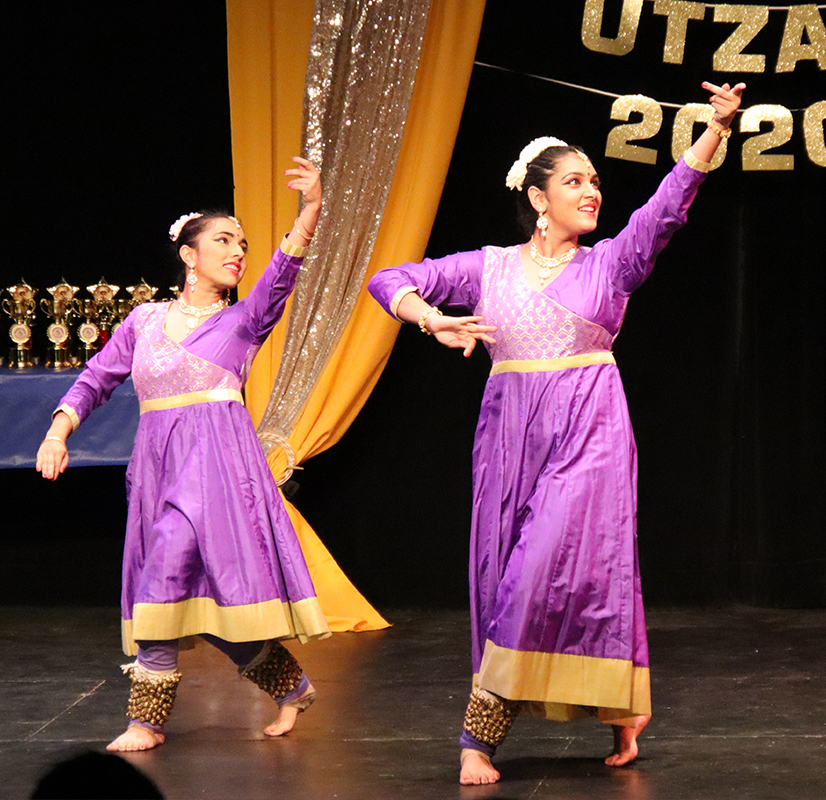 What do you want others to know about why Leela’s work matters?

We were very involved with activities at Chhandam, I volunteered at the front desk and at shows, and I got to understand some of the logistics that go into putting on a show, whether it’s a small open house or huge production. It was eye-opening for someone like me who doesn’t understand production and how much goes into making these things happen.  Someone has to have a vision even before you start planning, and someone has to drive the whole project. Over time I met Rina [Mehta], Seema [Mehta], Seibi [Lee], Charlotte [Moraga], everyone on the team at that time, and saw that each and every one of them shared the same passion for the art form, and knew that if they didn’t do something about it, it’s bound to die.  Kathak is such a beautiful thing, it’s all about storytelling, and we all have a story to tell. If we stop telling those stories, they will die.

As the institute grew, for a while it was bursting at the seams and we saw it go through all of the challenges that come with growing too fast, getting too big too quickly. After Guruji passed suddenly, we saw all of the transitions that came after that. We were there for the discussions that Rina and Rachna spearheaded with parents and students, and I always lingered and listened. We went to open houses to talk about what they were trying to accomplish, and we saw that they had so much heart and such vision, no one was going to tell them that this was not going to happen.

I myself like to think of myself as a fierce female. My two daughters share that, and my husband too thinks all females are fierce, and that’s the way it has to be. With Guruji’s philosophy of Ardhanari, the balance of shiva and shakti, I felt our wavelengths matched so well. My daughters’ personalities, and their outlook, are definitely shaped by the women at Chhandam. I tell Rachna all the time, I see glimpses of you in my kids and don’t know if I should be very happy about this or concerned.

Hundreds of people are trying to figure out what their identity is, and as far as our children go I love that Rachna brings to their attention that we [Indian-Americans] are a privileged minority, and that we are benefiting from the struggles of other minorities that came before us. The struggle is real. It’s triggered a lot of conversations in our household, and we get educated every day by our girls. My husband and I were not exposed to the  intricacies of American history, and we get lessons from our children, who are essentially American. In return, they  are exposed to Indian history by the lessons taught at Chhandam. I wouldn’t sit down and teach my kids about the independence struggle, or about Tagore. The impact of the British on the cultural fabric of India, the civil rights movement in America, Black Lives Matter. I owe it to Chhandam that my children have a perspective about these things. 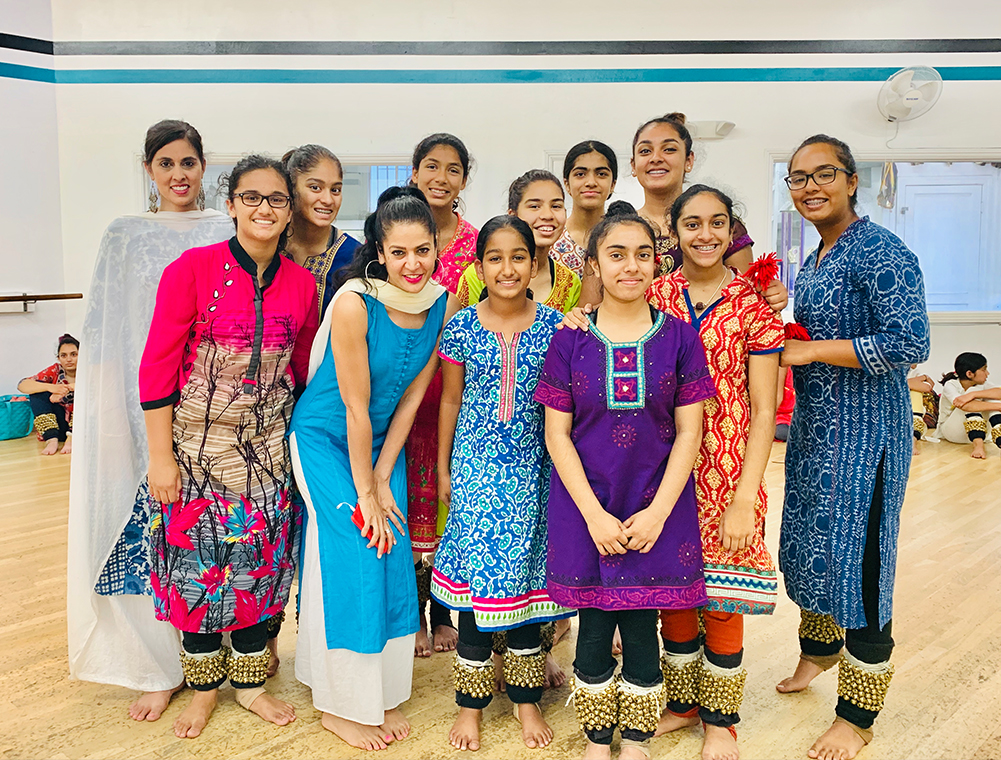 Why is it important to you, personally, to support the arts in general, and Indian classical dance in particular?

I’m not someone who does puja every day, I’m spiritual but not rooted in religion. I was raised to be open to everything, and that’s how I’ve raised my kids. To look beyond color and religion, and look at the person in front of you. It’s important to pause, take a step back and see what all this is about. People are talking about the color of your skin, about where in the world your parents came from, and even if you’re not exposed to it or you don’t know too much about it, that doesn’t mean you’re not impacted by it. All of this is way beyond anything that a dance class can teach or show you, but that’s how much of an impact being a part of Chhandam has had on my kids. We made a conscious decision: we want them to become individuals who are worldly wise, tolerant, kind, and compassionate, but still strong, powerful, fierce, and independent.

We’ve been here [in the US] for about 20 years. As young immigrants, as we were growing in our careers and our thought processes, and watching our children grow, we began to feel an innate need to give back to something. We were making enough money and knew that we could give a little back to this country. I run a physical therapy practice, and my husband and I came to the juncture where we had a little extra money and needed to make a decision what to do with it. We could put it into a retirement account or support a cause that we’re passionate about. We thought about many charities and causes that are close to us.

We have seen [Chhandam’s and Leela’s] struggle from the very beginning, and we know the direction they are going. We know they need help. It may not be a million dollars, but whatever drop in the bucket we are able to give, will go a long way. It seems there are not a lot of people who are aware of this, and I feel there is an urgent need to make more people understand.

In speaking with Chhandam parents and grandparents, a lot of them  would rather go to a bollywood show instead of watching classical dance, but whenever I bring someone to a performance, their jaws just drop and they say wow. More people need to see this. When the Youth Company performed in Philly, I got to go along as a chaperone. We sat through all these contemporary dances, ballet, hiphop, we were the last to perform. There is so much strength and beauty in all dance forms, but what was missing in most of them seemed to be joy. The audience was very quiet, taking all of this in, and then our girls came on stage and it was like the stage lit up with 1000 volts. The whole effect of the dance, the costumes, flowers, bells, and especially the smiles on their faces, made the whole audience sit up and take notice. We encouraged the audience to clap if they’re amazed by something and not to be silent, to be more interactive. It was the first time many people in Philly were exposed to something like this. My heart was flying all over that auditorium with pride. If everyone could only see this, they’d know what everyone at Leela is fighting towards.